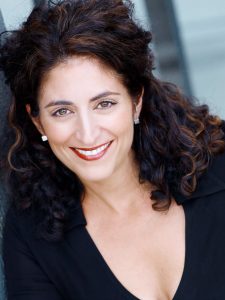 The daughter of a mother with roots in Latvian Jewry and a Baghdad-born father of Babylonian Jewish tradition who emigrated to American in 1947, Cantor Elizabeth Shammash  feels the proud inheritance of two rich Jewish lineages. She recently joined the clergy staff at Adath Israel in Philadelphia, after serving Tiferet Bet Israel in Blue Bell, PA from 2007 – 2020.  In addition, she works with the Institute for Jewish Spirituality, mentoring rabbis and cantors in Jewish mindfulness practices.

Cantor Shammash has recorded extensively for the Milken Archive of American Jewish Music. She holds degrees from Brown University, Manhattan School of Music, Boston University Opera Institute, and the Jewish Theological Seminary. She is a longtime yoga practitioner and makes her home in Philadelphia with her husband, David Reed, and their rescue dog, Lenny.

Baym Bentshn Likht. Music: Lazar Weiner. Yehudi Wyner, piano. A young woman recalls how her mother would tear up with her deepest prayers as she lit the Shabbat candles on Friday nights.

Every Monday, 11am-noon ET
IJS Online Yoga Studio
FREE and OPEN TO ALL

May 13
To Be Certain of the Dawn
by Stephen Paulus, with Singing City
Bryn Mawr Presbyterian Church, Bryn Mawr PA